There are times in the making of a new garden when you begin to seriously consider whether if it all hasn’t been a huge mistake. This summer was definitely one of those moments. The hottest and longest on record, impossible to do anything. And when all the trees I had so carefully nurtured and cared for looked as if they were going to die.

To make matters worse, none of my friends doing the same thing here, seemed to be suffering. They all had chosen shady north-facing sites, low-lying, and close to a river (why didn’t I think of that?), and enjoying yet another abundant harvest of fruit and vegetables, as they had from day one.

Of course that meant they had none of the amazing views I have, live in the dark and damp the other six months of the year, still it was very frustrating.

This feeling, of doing totally the wrong thing, happened at our last garden too, though then it was the other way round, we had amazing crops from the start, after which they gradually began to dwindle, as the soil fertility gave out. My friend Jose reminded me of all this a couple of weeks ago, when he mentioned he was trying to locate a book called ANOTHER KIND OF GARDEN by Jean Pain. By surreal coincidence I actually have a copy, bought way back in the 1980s, and which I have managed to keep even after all our travelling, though never found the right opportunity to put any of his ideas into practice. Jose, who was originally our village postman, now wants to become an organic grower, but unlike me has already realised that without a vast amount of compost this will be impossible. We bought El Pocito, where the land is utterly sterile and barren, thanks to a long regime of pine plantations and pig-rearing, and found out the hard way. Very little grows, and annual plants have been impossible. This is despite composting everything that comes in (and if you have read the pages on my site you will appreciate exactly what that means), but where the result is nothing on the scale of what is needed to re-forest all the land, about enough each couple of years to cover an area about 5m x 5m (25m2 out of 25,000m2). However, having now re-read Jean Pain’s book, it seems he had an almost identical problem, though on a slightly larger scale (25000000m2), in Provence, and may have discovered a solution. Using brushwood cuttings and composting them. I have therefore begun to start doing that too. While keeping my fingers crossed. I also came upon the following quote, in my treasured 1973 edition of SHELTER by Lloyd Kahn, which made me feel a lot better. That we were right in our choice. Urging patience, when first putting down roots in a special place.

For these 5 years we’ve thought, dreamed, built, torn down, rebuilt & maintained shelters – a real Milarepa trip – everything from superlight zomes to the heaviest rocks, adobes & logs. It goes on & on, but now there’s not so much pressure. There are roofs & walls, at least, to contain the potbellys. Home, we call it, six children born here, one died.

When we were considering buying this 360 acres an expert told us, you don’t want that place, it’s nothing but a pile of rocks. It is indeed, an epic pile of rocks. Every bit of good soil we’ve got, we built, hauling shit & mulch. Every drop of water we get we use many times & with care. We’re building shelters for water, our houses have all become rain catchers. It takes a long time to learn what you have to do to live in an ecosystem. This Cuerno Verde Mountain, Greenhorn, is our guru. A greenhorn is a berserk young buck with his antlers still in velvet, we are the greenhorns of Greenhorn.

I took this weird drug once called Parade. For three days & nights I hallucinated the evolution of the earth & all the creatures & things that live here. Far out. Now it seems we’re living it out slow, that evolution. After shelter comes food – agriculture & animal husbandry. Life-learning what the old clichés really mean – chickens, a turkey, cowed, get your goat, the birds, the bees & the flowers.

It seems slow & hard for most of the time, especially when it’s all laid out for food stamps in the King Sooper (supermarket) 50 miles away. Why bother when the slow getting-it together with the earth is such a hassle. Somehow the body knows, and trusting the organism comes with trusting the mountain. So slow though.

All that shit we read in books was true. How to do it by people who have done it. But the body can’t learn from books. The body learns slowly by doing. And it seems that each man & woman body has to learn all the things in the evolution parade by lurching down & up the road step by step. All in cycles. All in good time.

Libre (the name of this eco-village) came out of the explosion that started the decline of Drop City (I was there the other day, so weird wandering thru those deserted, ripped off structures, that so much love & agony & labor went into the building. There were ghosts behind every broken window & half-off-the-hinges door. Sad hippy ghost town with a huge pile of human shit deposited on the drainboard next to the sink. I guess we’ll go down there and scrounge what we can) too many rats packed into too small a space. So we built our houses at Libre out of sight of one another. You can see far here, it expands the idea of space. We need more space & soon learn to give more space. Then comes the approach, slowly, in good time, there’s no accounting for taste, begin the dance, contact, recognition. Your mirror – your mirror. So it goes, just folks beginning to learn how to live together on the earth, approaching slowly & from some space.

Roses are red, violets are blue.

We built our shelters, you can too.

Plant a seed & watch it grow. It never grows quite the way you thought it would or wanted it to, but it grows, & feeds you, & sometimes it even gets you high.

The important thing is to make the effort, not to give up and take the easy route to living. The rewards far outweigh any short-term gratification the money route offers. 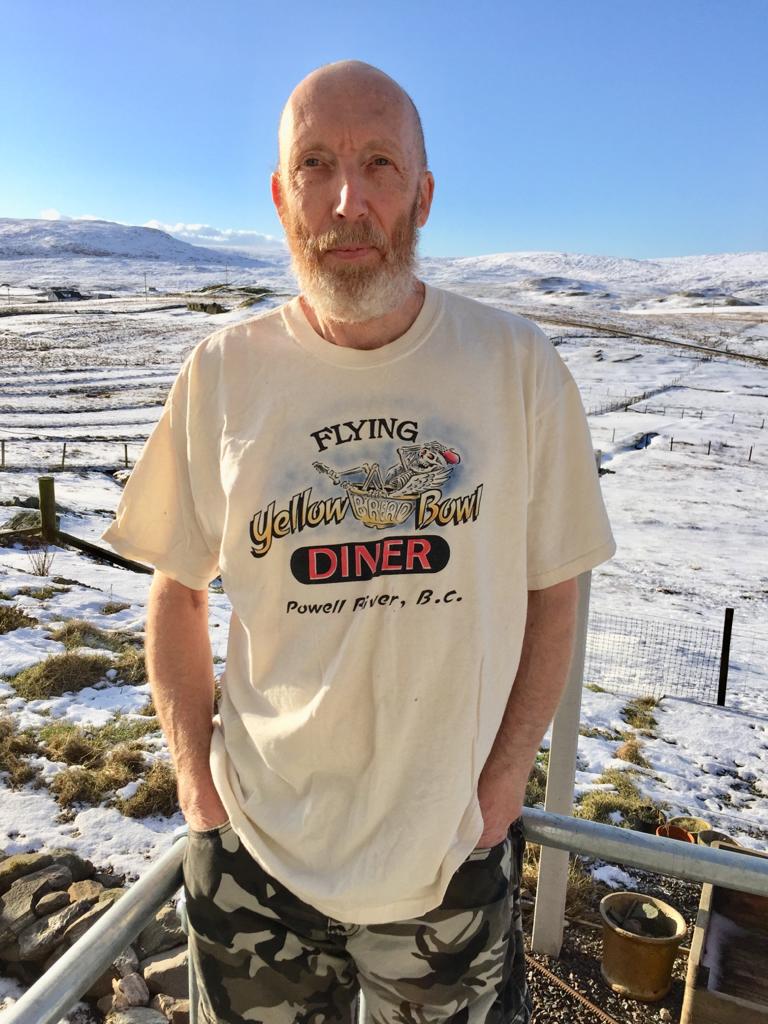